Thomas Jeran was raised in Euclid, Ohio a suburb of Cleveland with a brother and two sisters. All of us were sent to a local Catholic elementary school. During those years we were instructed in many of the Catholic doctrines, as well as many biblical doctrines, the authority of the priests and the authority of the pope and his ability to speak ex cathedra, which is to speak with infallibility. Even though we were not taught out of the Catholic bible or even any bible, many true biblical doctrines were taught. Included with the biblical teachings we were taught was creation, the Godhead, being the Father, the Son and the Holy Spirit, Jesus virgin birth, his death and the reason for his death, Mary and her work, the Ten Commandments, heaven and hell and its punishment. Our instruction included a works salvation, you have to be good to get to heaven. As the years of teaching continued I began to doubt what I was being taught. I thought to myself, “If Jesus died for my sins, then why do I have to be good?” But you don’t question what your parents believe, your brother and sisters believe, as well as your classmates and close friends. I was afraid of being verbally castigated by others so I kept my thoughts to myself. By the time I reached my teens I was totally disenchanted with the Catholic Church and everything about it. I thought that if you go to church every Sunday you should come out a different person than when you went in, but Sunday afternoon, I did the same wrongs things I did on Saturday. My person thoughts, I didn’t want to go to the Catholic Church anymore and could hardly wait until that was possible. That opportunity arose after high school when I moved to Denver, Colorado for school. After that I never went again.

In 1972 I was notified that I was being drafted into the military so, I joined the Navy since I had to go as the Viet Nam war continued. My years in the military only brought more unrighteousness into my life. As a sailor I did what sailors do, sin. But all through my years I believed one thing that was a fact, I knew there was a way to get to heaven for sure and I knew Jesus was the key, but where to find the truth eluded me. After my military years I moved from one city to another until I found myself back home. After moving back, it seemed my brother found religion all of a sudden. I was not interested since my new passion was making money! One day my brother asked if I could fix one of the churches vans where he was attending used for bringing in children. I agreed and was then asked by the associate pastor if it was possible for me to come to a bus work day to get the buses ready for inspection, again I agreed. Adults can always be friendly, but what I noticed that day were the teens that were there because their demeanor was so different from others that I have met and I could not figure out why. My brother asked if he could pick me for church, again I was not interested but my mother insisted that I go to make new friends since all I was doing was working in my business. I went for several weeks and heard the true gospel but did not understand its simplicity. I didn’t make sense because I had no part in salvation as I was taught before. 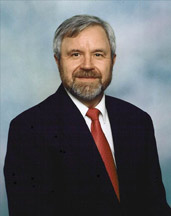 My salvation. One Sunday during the church service I asked the Lord that if the pastor was telling me the truth then you send him to me. Two weeks later the pastor visited me at my business asking me different questions about the business, which I knew he really wasn’t interested. Then the question came from the pastor, “Have you decided to trust Christ as your Savior?” I answered, “No.” and he Asked me, “Why.’ And I told him, “ I don’t have enough information and I am not the kind of person that just takes some one’s word.” He asked, “What are you looking for?” I told him, “When I hear it, I will know it.” He asked, “Do you believe the bible is the Word of God.” I said, Yes, I was taught that.” He said that the bible has the words of Christ. Then he asked me, “Do you believe God would forgive you if you asked Him to?” I thought about that question and answered, “I guess so, I think so, I supposed so.” Then he asked, “Then why don’t you.” So, on my birthday in 1983 I accepted the Lord not really knowing what I did. But the first thing I noticed was creation looked different. After that through the months many spiritual changes came the things I loved were no longer important and I couldn’t understand why until the pastor preached on the second nature. For the last 36 years our Lord opened one door after another to be used in his service.